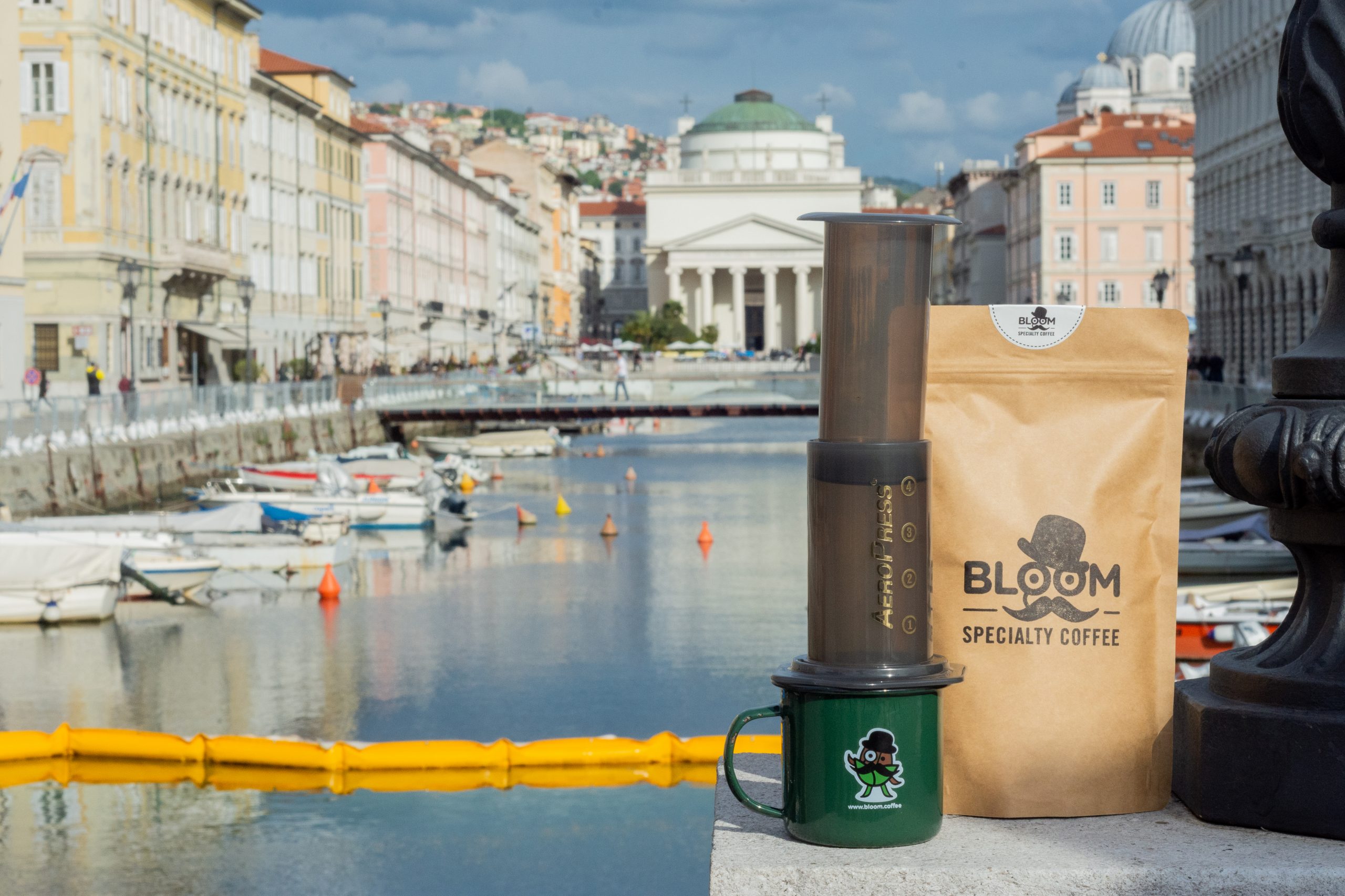 A new pop icon is born: the AeroPress!

What does coffee have in common with a frisbee? Nothing you say? Read on!….

AeroPress, the story of a new invention in the world of coffee

It is 2005 and we are in the United States. Alan Adler, engineer and inventor of aerodynamic toys, decides to try his hand at a new type of invention to solve what for him was a daily gripe: the time it took to make a coffee, as well as its bitterness when he finally got to taste it. He identified the duration of the infusion phase as the source of his annoyance, so he designed an object that required less brewing time, was simpler to use, and within everyone’s reach. He was initially inspired by the espresso machine, which itself uses the force of pressure via manual thrust to extract the coffee, rather than by electromotive power.

After numerous prototypes, Alan Adler created his AeroPress. This object is made up of three components, all made of plastic. The central body consists of a cylinder with a perforated cap screwed at the base and where the paper filter is placed. The third element is a plunger which is inserted into the main cylinder body. And that’s it! 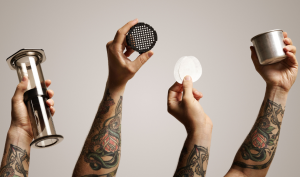 His small family-run business soon began producing the AeroPress and demonstrating it at trade fairs. It was initially looked upon with scepticism, seen more as a toy rather than a new and revolutionary method of coffee extraction. But over time even the most dubious became convinced of its value. The proof of its quality, after all, is what results in the cup.

How does the AeroPress work?

The coffee obtained with this method is extracted in three phases. During the first minute the extraction takes place by infusion and percolation, while in the final phase it takes place through (manual) pressurisation. Adler thus obtained the desired result: a coffee prepared in about 90 seconds, less bitter (since the contact time between the water and the grounds is much briefer), and with a greater overall body than classic filter coffee.

Of course, today you will find a wide range of techniques for the preparation of the AeroPress, some with longer delivery times than others, but that’s the beauty of this device! By experimenting with time and pressure, dose, coffee/water ratio and temperature, each of us can create a flexible, unique coffee: denser or more diluted, that can change the body and taste and ultimately produce a coffee that best suits our tastes.

So, how did the AeroPress get so popular?

Quoting Adler: “Coffee is a global phenomenon and various preparation methods have become widespread. As far as the AeroPress is concerned, the secret of its success is that it can be prepared in a short amount of time. It is easy to clean, space-saving, cheap and can be used in many different ways” (cit. Perfect Daily Grind, March 2019).

But there was something else behind the AeroPress’s rise to popularity: the ability to experiment leading eventually to the first Aeropress World Championship in 2008!

Intuitive, small, light, removable, easy to clean, versatile. These are all attributes that contribute to how this alternative extraction method has become a cult item. It can be considered a “pop” coffee symbol: convenient to take to the beach or in your backpack. Adler has managed to bring coffee within everyone’s reach!

Now you just have to do the thing the AeroPress was invented for: experiment! To get started, here is the recipe recommended by Mr Bloom. And if you feel like trying it out, you can buy the Aeropress kit with just a few clicks in our store. 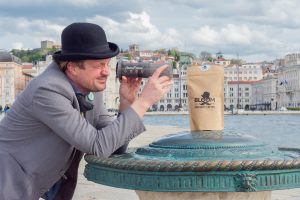 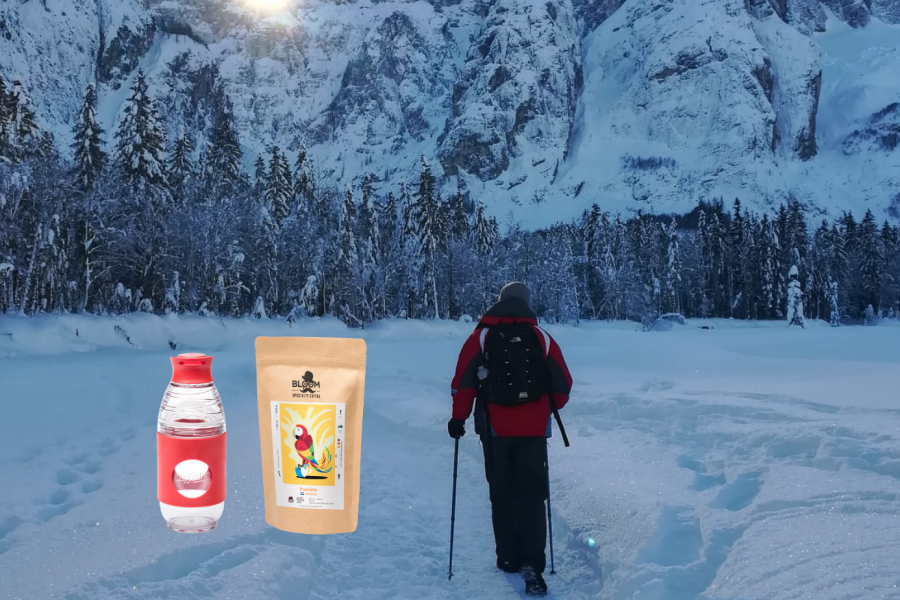 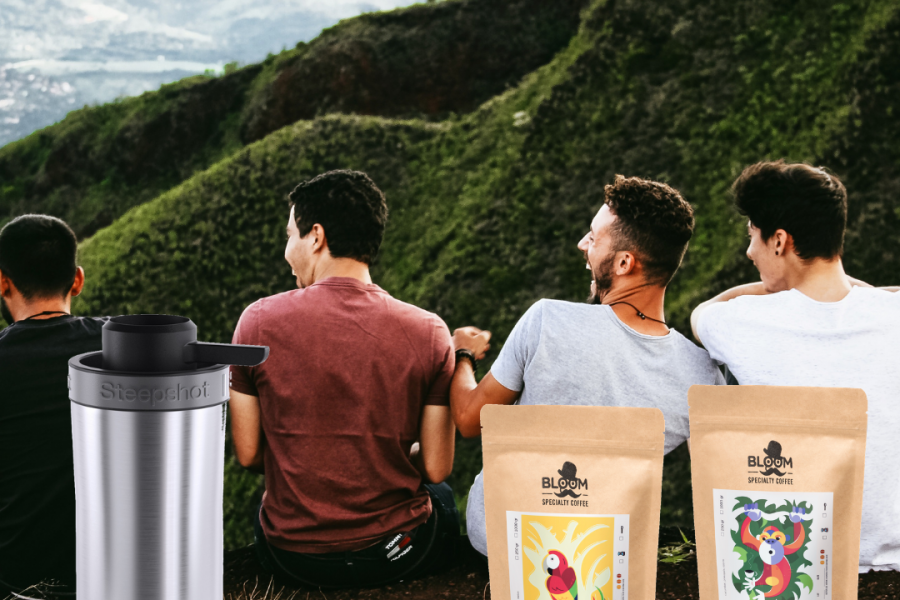